No Longer the Tool of Last Resort

I think there is still a certain negative viewpoint of Raman amongst many in the wider analytical science community. Perhaps older scientists used Raman during their studies and found it unwieldy and complex – but that’s simply not true for modern Raman.

Raman has changed considerably in the last 35 years. The Raman instruments that started to become commercially available in the late 1980s were the first to overcome this hurdle. There had been Raman microscopes before that, of course. The predecessor of HORIBA, Jobin-Yvon, produced a Raman microscope in the 1970s, but it was not very sensitive and lost a lot of photons through the multiple monochromators. The polychromator-based systems with notch filters were an order of magnitude – or maybe several orders of magnitude – more efficient than some of these older designs.

Over time, smaller, more compact lasers were developed and combined with high-quality detection elements. The fact that these instruments were compact enough to stand on a small optical breadboard that could fit on benchtops – or that they didn’t need a breadboard at all – allowed Raman to come into labs that would never have used it before. Some of the many applications that had been written about since the 1960s became more of a practical reality. For example, Raman (coupled with fiber-optic probes) proved very useful for polymer characterization or pharmaceutical characterization of formulations. At that stage, Raman became more mainstream – or perhaps it’s better to say that it wasn’t being dictated by any single type of application; people were trying it in a variety of areas, whether it be explosives, forensic samples, environmental samples, or biological samples. It was changing from a complicated optics tool to a more usable device. And, as the equipment stabilized and became more user-friendly, the number of spectrometers installed increased – as did the number of people exposed to Raman spectroscopy.

Today, we see a great deal of interest in the pharmaceutical and chemical industries, in the polymer and material science space, and in art and archeology – where its nondestructive nature means you can take the spectrometer to the sample using a fiber optic probe. Another hot area is in the biomedical sector – where the coupling of spectrometers to probes can be used on patients to assess diseased tissue, for example.

All that said, I believe that it remains underutilized. In my view, there is serious scope for it to have an impact on many other fields.

Despite the many positive application stories noted above – where Raman has evidently evolved into a far more accessible technique – many scientists still appear to be “afraid” of the technology. Those “missing out” on Raman likely see it as a technology that requires a PhD spectroscopist and a laser lab – and comes at a cost of hundreds of thousands of dollars in equipment. With such a misperception, it’s no wonder that people are not giving Raman the chance that I believe it deserves. As scientists (and vendors) in this space, it’s our job to convince people of the virtues of Raman; to ensure that the naysayers know that the technology has moved on significantly; to gently persuade the fearful that modern instrumentation is far more user-friendly. 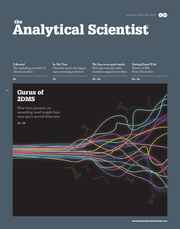