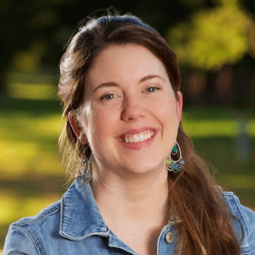 Early inspiration
Despite a keen interest, I faced many obstacles in pursuing a career in science, including being actively discouraged from it based on my gender. This resistance only increased my determination, and now one of the most satisfying parts of my job is leading events that promote diversity
in science.

Greatest achievement
My group recently developed a fully integrated process for parallel single-cell analysis in a device amenable to point-of-care use. The ability to interrogate tissues at the single-cell level has radically changed how disease is understood, and making that capability widely accessible is a major step towards personalized medicine.

Scientific heroes
My graduate advisor, Richard M. Crooks, for mentoring young scientists with sustained and focused intent. There are many attributes that make a scientist great, but what creates a legacy is active investment in others.

Advice
Embrace failure. While a student, I tried improvisational acting, and what I learned was revolutionary. Allowing yourself to take risks and to pose new ideas inevitably leads to failure. Learn from it and move on. “The master has failed more times than the beginner has even tried.” – Stephen McCranie.

Nominator comment: “Robbyn has demonstrated immense creativity in the way she marries electrochemical methods such as dielectrophoresis with separation systems. Her group is focused on developing wearable devices capable of hemodialysis to assist those who suffer from kidney failure – and developing microfluidic platforms in which cancer cells can be captured and analyzed.”

The Top 40 Under 40 Power List returns to celebrate the gifted young scientists making waves in analytical science. Here we present the rising stars of the field (in alphabetical order), as nominated by our readers and shortlisted by our independent judging panel.