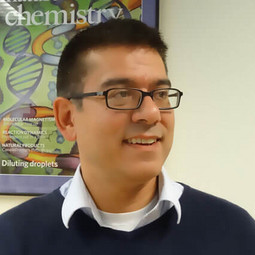 Proudest moment
I have been very fortunate to be involved in a number of exciting discoveries and inventions during my career. In each and every one, success was primarily due to the talent and creativity of the students and postdocs leading the experimental work. Unsurprisingly, I am most proud of their accomplishments and successes in their subsequent careers.

Most successful collaboration
New technologies are only as good as the problems that they solve, and our collaborations with end users (whether chemists, biologists or medics) have almost always proved the most fulfilling and successful. For example, our recent collaborations with Maksym Kovalenko’s group at ETH Zurich have allowed us to create a new suite of microfluidic tools to design and build bespoke functional materials – something we could never have imagined or achieved alone.

My hero of nano
At the start of my career, visionary work by Andreas Manz opened my eyes to the potential of chip-based microfluidics in chemistry and biology. Subsequently, our interest in using droplets as experimental tools was catalyzed by pioneering studies from Rustem Ismaglov’s group at Chicago.

Nominator comment: “deMello is a world leader in microfluidic technology, who has made many seminal contributions to the field, including important advances in synthetic processing, droplet-based microfluidics, ultra-high sensitivity detection in small volumes and systems for point-of-care diagnostics. Of particular relevance is his work in the microfluidic synthesis of nanoparticles – an approach that he and his coworkers pioneered in 2002, and which has transformed the practice of nanocrystal synthesis.”