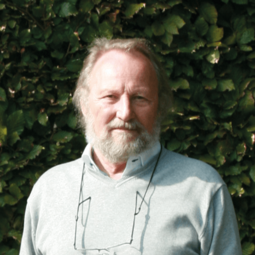 Most successful collaboration
As I was both academic and entrepreneur, my answer is twofold. From a scientific point of view, my collaboration with the pharmaceutical industry was the most rewarding. Technologies and methods could be developed that had a direct impact on pharmaceutical R&D as well as on QC. On the other hand, the collaboration with instrument manufacturers was very successful – some of our ideas were implemented in state-of-the-art analytical instrumentation, such as stir bar sorptive extraction (Twister).

The limits of separation science
It all depends how we define limits, what separation technique we consider and if multi-dimensionality is also in the picture! I expect a lot of new discoveries in LC and SFC in the next decades, not only in separation media but also in instrumentation (e.g., nearly zero dead volume). It’s interesting to follow further developments in micropillar array and open tubular columns. In electrodriven separation techniques, I expect renewed interest and developments in capillary electrochromatography. However, there will always be samples of very high complexity needing ultra-high peak capacities, and the limits of multi-dimensional and multi-modal separation techniques cannot even be foreseen or predicted today!