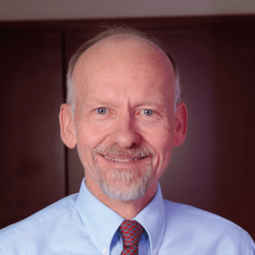 Luckiest break
Having Jean Futrell at the University of Utah as my PhD advisor. Spending three years working with him and his talented mass spectrometry group, who had interests ranging from the fundamental physics of ion interactions to analytical applications, opened my eyes to the limitless possibilities of mass spectrometry.

My mass spectrometry hero
Wolfgang Paul. In the 1950s he developed the basis for the quadrupole ion filter mass spectrometer and the ion trap, which provide the physical foundation for much of what we can do today in the confinement of ions and their analysis by MS.

Motivation
The desire to contribute to society by developing separation and mass spectrometry technologies that are applicable to routine applications, particularly in areas of biological and biomedical importance. I love the range of challenges, from understanding how and why things work, to team development efforts that may span years to make the new technologies useful and robust.

Greatest invention
The recent development of structures for lossless ion manipulations (SLIM), which provide a broadly flexible “ion chemistry workbench”. I am particularly proud of the second-generation SLIM, which use traveling waves to move ions, and have allowed us to fabricate compact ultra-long path devices – achieving the elusive combination of ultra-high resolution and ultra-sensitive ion mobility separations in conjunction with mass spectrometry.