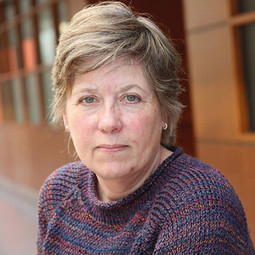 Passion: I am intensely curious about how molecules interact with each other, how that impacts their elution or migration order and how those interactions alter with changes in experimental conditions. Early in my academic career, I did a lot of work in chiral separations and came to view both chromatographic and capillary electrophoresis columns as basically amplifiers of very subtle differences in intermolecular interactions. I want to understand how I can exploit that knowledge to obtain separations or use my separations to understand intermolecular interactions under other conditions (for example, in vivo, in vitro).

Pivotal moment: Finding myself in the middle of a hazardous waste dumpsite analyzing air samples all by myself at 3am, which inspired me to go back to graduate school! Meeting Dan Armstrong, who introduced me to chiral separations, and later attendance at a Chirality conference in Montreal proved seminal for my early independent research program. Overhearing recruiters at a conference describe job candidates from a prominent research group as ‘one trick ponies’ informed my approach in providing a broad experiential base beyond separations to my postgraduate students. Expressing a desire at a journal Editorial Board meeting to move outside the United States led directly to my current position in Ireland.

Prediction: To put my answer in context, the last few years have witnessed the analytical separations community’s vigorous response to an existential crisis posed by the renaissance in mass spectrometry coupled with the analysis of exceptionally complex ‘omics’ samples, the demands for high throughput and the potential threat to liquid chromatography’s supremacy by SFC, capillary electrophoresis and microfluidics platforms. The resulting total re-examination of standard practices, application domains, core column technologies and material science as well as advances in instrumentation by the community continues to this day. However, most significantly, the response to the challenges liberated people’s imagining of separation science. The most game-changing technologies or advances in the next five years will evolve from this liberation. There will be increased emphasis on new platforms, surface chemistries and separation modalities. Liquid chromatography will increase its role in Process Analytical Technology (PAT), particularly in biopharmaceuticals, with sub-minute separations becoming routine. Finally, there will be an increased recognition of separations as a science in its own right rather than just another analytical tool.