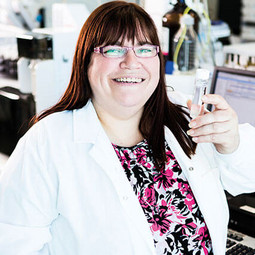 A full "Sitting Down With" interview with Emily Hilder can be found here.

Q: Congratulations on your fourth appearance on The Power List...

A: I’m really proud to have been included each time – in part because it’s been exciting to be part of The Analytical Scientist’s journey from the beginning. I was surprised by my presence on the first Power List – as were a few other colleagues... The list may not be objective (influence is hard to measure), but it’s done a lot to get people thinking about what’s going on in the field and who’s active. The controversy is all part of it. Interestingly enough, being on the Top 40 Under 40 list has resulted in more positive recognition – perhaps because we’re all excited about profiling where the field is going. It’s also great to see a list profiling only women, which makes us all consider gender diversity more carefully. I believe that diversity is critical to high performance and something to be celebrated.