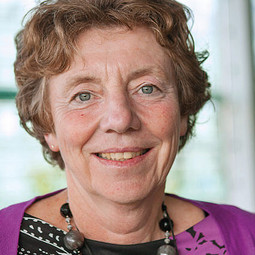 Professor and Dean of the Faculty of Science, Radboud University, The Netherlands

Passion: During the last few years in our field, analytical chemistry has caused a paradigm change in sciences. Thanks to analytical research, analysis has become so efficient, time-wise as money-wise, while maintaining good quality. As a result, a so-called ‘data-driven’ research approach emerged as a new and powerful fourth science paradigm. Due to the ever-increasing production of complex data by a large variety of (analytical) technologies, data management and data mining techniques have become crucial scientific methods in modern science. This change has actually put analytical sciences and chemometrics in the driving seat of science. We need to be aware of this and exploit this opportunity.

Pivotal moment: As a young postdoc, I participated in one of the first European projects (The ESPRIT project, Expert Systems for Chromatographic Analysis – ESCA). Participating in such a multidisciplinary project with partners from many different countries and cultures not only drastically shaped and determined my scientific attitude, it also made me a better world citizen.

Prediction: Advances in “noninvasive measuring”, together with miniaturization will allow the development of smart sensors, for quality control – as we are used to in analytical chemistry. I think this will boost the field of citizen science and make it evidence based. This, in my opinion, will be the fifth science paradigm.