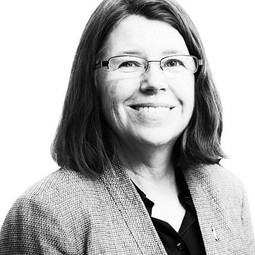 Passion: I am most passionate about the possibility of detecting extremely minute amounts of proteins in the bloodstream and characterizing their post-translational modification. This would likely lead to improve screening for early disease detection. I see the problem primarily as a materials science one, where traces are lost on the surfaces of current materials used in lab supplies and chromatographic materials. It’s fun to think about the surface science and nanotechnology involved. It’s stimulating to think about the potential impact on human health if we could find aberrant proteins related to disease at ultratrace levels.

Pivotal moment: My most pivotal moment began with my wondering why chromatographic peak tailing never goes away no matter how pure the silica is. This phenomenon was attributed to putative “active silanols,” but no explanation of what these actually are made sense. My students and I started doing single-molecule spectroscopy to track individual adsorbed molecules on polished C18/silica surfaces to see if they would lead us to the active silanols. Right away it appeared that they did. The molecules underwent the expected Brownian motion, and every once in a while, one would get stuck for a few seconds, then desorb and start diffusing again. The molecules always got stuck at the same places. Combining AFM and fluorescence microscopy, the pattern that emerged was that the molecules stopped at polishing marks. It seemed to me that this was either the silliest, most trivial result or else it was the answer. The pivotal moment was when I decided to take the risk that it was the answer. It was a risk because it would take a lot of time to study this further, and if it ended up being trivial, I’d probably lose my federal funding and might never get it back. I’d be known as the lady who studied the scratches. Fortunately, it turned out that the polishing marks all showed the same double exponential decay in desorption behavior, and that these kinetics matched the behavior of chromatographic silica gel. We then used annealing to smooth the surface of chromatographic silica gel, and the chromatography confirmed that tailing was markedly reduced. This meant that topography really was the answer. The research solved the interesting mystery to reveal that active silanols are topographical in nature: a high aspect ratio isolates silanols to make them available for strong electrostatic interactions with analytes such as proteins. Scientists are people with such intense curiosity that they place a huge premium on understanding nature, even at risk to their comfort and their funding. It was exhilarating to experience the creative process in science in an important but high-risk project.

Prediction: I’m not sure if anyone has made a prediction about future technology that was realized in the way it was imagined. This is probably because truth is stranger than fiction. A game changing advance in technology that I would like to see is an interface to a mass spectrometer that makes the sensitivity approach that of fluorescence spectroscopy. I don’t expect this to happen in the next five years. As my own work is directed toward ever smaller amounts of proteins being separated, the mass spectrometer has become the limit to sensitivity.