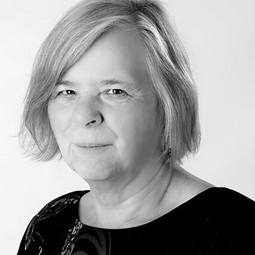 Passion: i) Visualizing the molecular structures and dynamics of glycoproteins to understand more about molecular interactions, where molecules come from and where they go to after I have observed them at some point in their life cycle. ii) Understanding how therapeutic drugs interact with the biochemical pathways in the patient. iii) Building teams in which I can help to develop the skills of younger scientists and see them succeed in their careers after they leave my group.

Pivotal moment: In 1958, when I was at school a friend and I started a Biotech company called Wessex Biochemicals. We made rare sugars and sugar phosphates in our spare time with basic equipment like washing machines, liquidizers and some of the very first ion exchange resins. After I completed a chemistry degree at Westfield College (University of London) I joined the company full time. Eventually we employed about 30 people, and in order to expand further, we made an agreement with Sigma whereby we kept control of the science and became Sigma London and they funded the purchase of the site in Poole where Sigma is still located. The excitement of extracting and purifying natural products and crystallizing molecules that had never been crystallized before remains with me still.

Fast forward to 1985 when I returned to full time work after a 15-year career break to raise my four children. I joined what became the Glycobiology Institute in Oxford, directed by Raymond Dwek. I was on a steep learning curve that took me from learning new technologies to working with glycoproteins with large sugars attached to them, a big contrast to the small sugars I had been accustomed to. I finally did my PhD with the Open University in 1995 on the structure and functions of glycoforms. It was extremely difficult for women returning to work then – I began as a glass washer – but Raymond has always gone out of his way to support women in science. Without his commitment, I probably would not have had the career that I am enjoying now..

I have always had a lot of interest in the philosophy of science and in the source of creativity, which I have sought to combine with my scientific understanding of the world. I have some very generous colleagues in these fields who have made opportunities for me to learn from them, to publish and to give international talks around this topic. It has been extremely valuable in my personal aim to integrate the science that I do into a wider perspective and has enabled me to find my own path in research.

Prediction: Technically, I think glycan analysis will become a lot easier. There are many approaches that can be taken. We have already commercialized our on line LCMS workflow with Waters Corporation, under-pinning it with our bioinformatics software (embedded in UNIFI) for automated data interpretation.

There is room for miniaturization and more rapid separations technologies so that we can deal with thousands of samples, which will enable us to pursue our vision of integrated –omics technologies and personalized medicine. We have already demonstrated proof of principle and are able to do GWAS-type studies where the genome of each individual can be linked to the serum glycome and individual proteins, the transcriptome, the lipidome and metabolome. I envisage that it will be possible to take a view of many of these parameters so that disease pathways and nodes or possible points of intervention will be defined for individuals. The body, after all, does not see averages, it is individual copies of modified proteins that interact with individual copies of a receptor.

Functionally, I think we will have a much better idea about tipping points – at the moment we are dealing with paradoxes. We don’t understand what defines the range of interactions that are necessary before an event is triggered. The systems biology of human and recombinant cells is moving up the agenda as better technology and bioinformatics platforms mature.